I can’t be the only person who spends quite a bit of time thinking about the luxurious things I would do if I had a million pounds.

Buying a big house in the country, spending my holidays touring the world, and lounging on the deck of a nice yacht are at the top of my list.

But it does bring up an interesting question: how much interest do you earn on 1 million pounds? Could you live on the interest earned?

If you were to just put your £1,000,000 in a normal savings account in 2021, you could earn £1,000 in interest in one year. You could earn even more than that, faster, if you were to invest it in the stock market, but that comes with higher risks of loss.

To make a living wage from our money, it’s important to understand where that number is coming from if we want to maximize our chance of making or even beating it.

Obligatory disclaimer: I am not a financial professional. This post is intended for entertainment and does not constitute financial advice!

Interest is one of the basic tenants of saving and lending all over the world, but it can look complicated on the surface. Let’s break it down into easier to understand pieces.

To put it in the simplest of terms, interest is the additional money earned by your savings.

Essentially, interest is the incentive for a person (or bank or company) to lend out money. It’s a promise that, when the loan is repaid, the lender will get more than they lent out in the first place. And when you put your money in the bank, you’re essentially lending your money to that bank.

You can earn interest on savings and investments, but more on that later.

How much interest you earn over the course of a set time period is determined by the interest rate. The interest rate tells you how much of your money your bank or investor is going to match over the time set down in your initial agreement.

For instance, let’s say that I have a 2% annual interest rate on a savings account. This means that, for every year that my money is in that particular account, 2% of the total money will be matched by the bank and added to my account. So, if I deposit £100 and leave it in there without touching it, in one year, I will have £102.

The Bank Rate and its impact on interest

The biggest single factor that determines interest rates in the United Kingdom is the Bank of England base rate.

This rate, set by the Monetary Policy Committee of the Bank of England, influences the standard interest rates that banks all across the country offer on their savings accounts and loans.

The current bank rate in the United Kingdom is 0.1%, at a record low due to recent recessions and the impact of the pandemic on the national economy.

Of course, it could be slightly more or less depending on your bank’s own interest rate. It’s always worth comparing several savings accounts and seeking out the best interest rate possible.

But until the bank rate rises again, you’re unlikely to find a much better rate in the UK. So a savings account alone isn’t going to bring you much money in annually.

This is when we turn to investing. Instead of putting money aside in a low-interest savings account, investing comes with higher risk, but with the expectation it will grow more over time.

The types of investments that can earn a better return

According to Jennifer of the MamaFurFur YouTube channel, financial investment vehicles can be broken down into three basic types:

Of course, you could also invest in property, businesses and other assets. But since it is much harder to talk about rates and potential returns on these kinds of investments, we’ll ignore them for the sake of this article.

Sometimes, people talk about ‘interest’ to mean any return on your money. But in fact, stocks and funds don’t pay interest like a bank does.

That’s because interest is generally something contractually agreed, and it’s stable for the agreed length of time. Stocks and funds generally pay ‘dividends’, which is a share in the profits made by the stocks in question. You can also make money by selling your stocks or funds.

The return on your investment could go up or down, depending on how those stocks are performing in the stock market. There are no guarantees.

It’s worth saying that having some cash in a savings or current account isn’t an investment, but it is definitely a good idea. Those kinds of accounts are for day-to-day use, while investments are for long-term rewards.

As mentioned above, savings accounts can still earn interest, it just won’t be as much. The advantage is that your money will be easier to access if you need it in an emergency.

How much interest on one million pounds at different interest rates

So now we know a bit about interest rates and different types of investments, we know there’s no easy answer to the question ‘how much interest would I earn on £1 million?’

It all depends on how much interest you’re getting.

Let’s take a look at how much interest you could earn on 1 million pounds per month and per year at different rates.

By the way, these figures are just to give you a general idea. They do not take into account compound interest (how your money grows year on year when you add any gains to your balance). Or fees, or tax on your interest, and so on.

How much interest on one million pounds at 0.1%

As we discussed above, this is the current base interest rate set by the Bank of England. So this is a good general guideline of how much interest you could make on 1 million pounds currently in the UK.

An extra £1,000 is certainly nice, but it probably won’t fund the millionaire lifestyle you’re dreaming of!

How much interest on one million pounds at 0.5%

A good cash ISA interest rate right now is around 0.5%. So how much interest would you earn if you put your million in one of those?

How much interest on one million pounds at 5%

Now, you won’t find a 5% interest on any savings accounts these days (although pre-2008 financial crisis the bank rate was around the 5% mark!).

However, you could realistically expect a 5% return on many investment funds. Here’s how much you’d make if you invested your money at 5%:

How much interest on one million pounds at 7%

Historically, global stock markets have given an average return of around 7% after inflation. This is just a very rough guide because it depends what period and market we’re looking at.

How much interest on one million pounds at 10%

How to invest one million pounds

Okay, so we know what kind of profit you could expect to make on your 1 million at various interest rates!

Well, that depends on what we want to do with it and how soon we’ll need access to it.

When it comes to investing and saving, there are two basic categories: high-risk and low-risk.

For the more cautious-minded among us, you’ll want to look at low-risk options.

These are ways to store your money and earn on it with the least possibility of that money disappearing out from under you without notice.

Unfortunately, that also means you’re not earning quite as much of a reward on it.

One of the lowest-risk options is to simply put your money in savings accounts. I say accounts, multiple, because under the Financial Services Compensation Scheme each single-owner account is only covered up to £85,000 in the event of a bank failing and going under.

The FSCS can temporarily cover up to £1,000,000, for up to six months from its initial deposit, under very specific circumstances. Still, it’s probably best to set up multiple accounts to dividew the money between as soon as possible.

For the average saver, a cash ISA is a tax-effective way to save. But since you can only add £20,000 per year to your ISAs, a millionaire would have to look at additional options.

Personally, if I was after a low-risk way to invest my mill, I would keep 6 months’ expenses in an instant access cash ISA for emergencies. Then I would put the rest in a passive tracker fund.

Tracker funds essentially buy you a little piece of every single company in a stock index, so they are much less risky than investing in single companies. Over time, you should see growth at approximately the same rate as the stock market in general.

These investments do have a certain level of risk to them but are generally less dangerous than directly getting involved in the stock market by picking your own stocks.

If you really want to make more money faster, and you don’t mind biting your nails a bit while looking at charts in the evenings, high-risk investing might be right for you.

High-risk investing can earn more than low risk by several powers; some high-risk investments could even double your money, leaving you with £2,000,000! It can make your accounts sing… if done right.

They’re called high-risk for a reason; these methods of investing are more likely to cause you to lose money, even significant chunks of it, quickly.

If I were going to invest my £1,000,000 in high-risk options, I would make sure to have a diverse portfolio. This would mean putting my thumb in a lot of corporate pies; I would have stocks in major companies, invest in venture capital for a few promising startups, and make sure I had a solid amount in real estate, as these are the most classic high-risk-high-reward investments to gamble on.

I’d also make sure I had a professional on hand for this kind of investing. Keeping a financial manager on retainer with these investments means there’s always someone looking after your money even when you’re lounging on the beach. They can pull your money out of failing investments before it’s too far gone so that it can be reinvested into better options.

Being careful in investing

The basics of investing are universal; you’re trying to get more money back than you put in. This means taking the time to sit down and review all of your options carefully before spending anything at all. This could be hard to do with that much money at your fingertips.

The same principles that apply to our theoretical £1,000,000 apply, on a smaller scale, to everyday amounts of money. You don’t have to be a millionaire to invest. You just have to be smart.

Pin this for later 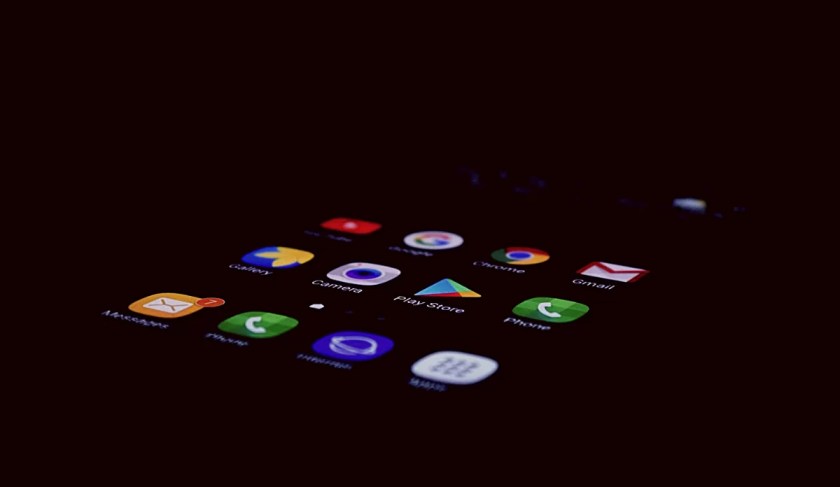 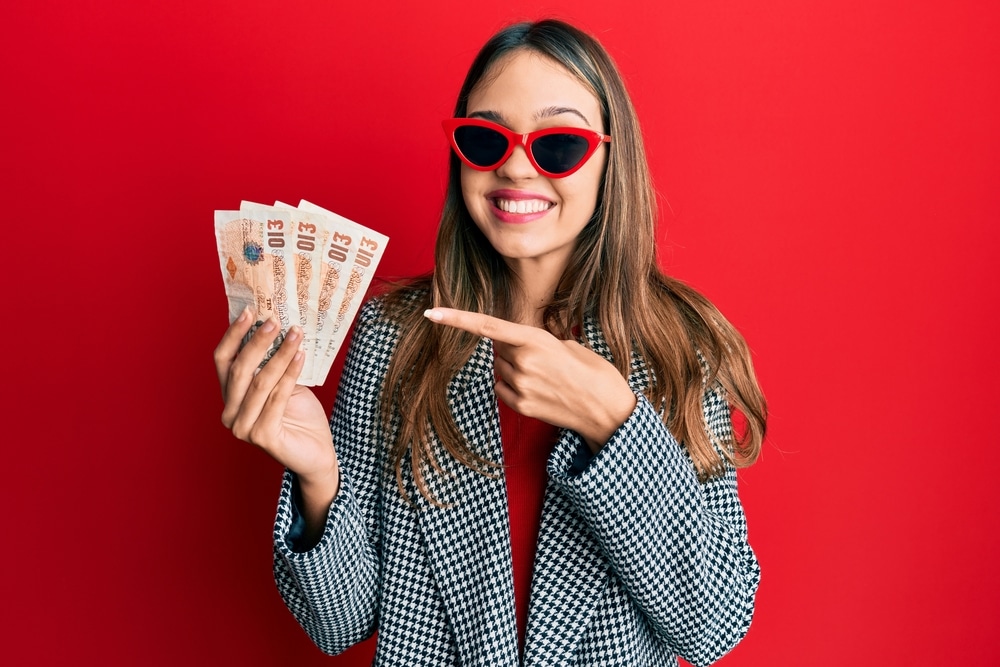 Website Features That Will Help Your eCommerce Business Flourish

Website Features That Will Help Your eCommerce Business Flourish

Reasons to Save Money From Influential Money Minds